23–Return of the Chicks

We have a story about a chick (I couldn’t find two by women that would fit into an hour–we women seem to go ON a bit) and another by and about a chick.

I’m also excited because, while I’m pretty sure you’ve read or heard the first story (which I’ll write about second), I’ll bet you…um…something small…that you’ve never read anything by our other writer, but I’ll bet you know her name. Fascinating woman. Here’s another pic of her. I think she bears repeating. 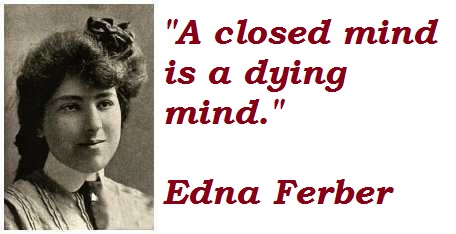 (And this awesome bit:

Know what she wrote that you’ve probably seen but not read?

Show Boat
That’s right, the story that became the “Ol’ Man River” musical. Our Girl took on the issue of race relations way before it was in vogue. And what else? 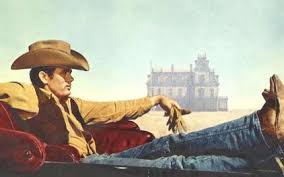 See? Toldja you knew of her.

So, Edna won a Pulitzer, wrote gazillions of stories, shows, and novels. Prior to writing for herself and her adoring public, she was a newspaperwoman (yeah, that’d be in 1902 at the age of seventeen). Not surprisingly, she wrote a lot about women. Not surprisingly, that wasn’t always pretty. She often had characters in her stories, like today’s story and in Showboat, where a characer faced prejudice and…well…not always triumphed, but came off looking way better than the other shmo.

She also got to hang out at the Algonquin Round Table.

And I Am Jealous.

Our other story (the first you’ll hear) is a classic by Guy de Maupassant. (I love saying his name!) 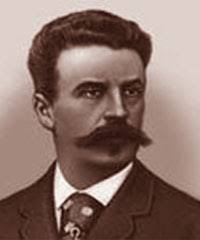 Like many, many men of his day (1850-1893) he started as a civil servant and only later was able to flex his scribe muscles. He’s considered part of the “naturalistic school” for what’s that’s worth. The cool thing…well…not “cool” so much as interesting, is that he died young–like Poe–and as he aged (and grew sicker–shhhh syphillis–shhhh) his stories got more and more bizzare–like Poe.

He tried to kill himself, was committed, and died in the sanatorium. Sigh…

Today, “The Diamond Necklace” was read by a mystery reader, and “The Woman Who Tried to be Good” was read by Eva Marie. And, as always, our opening music was provided by Joshua Christian at Garageband.com, for which I am ever grateful.