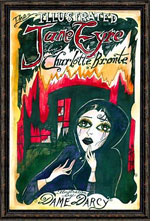 APOLOGIES! Dateline–Dallas, TX, 3:00am, Terminal C7, Samsung hospitality lounge. I flew to NYC to surprise my husband on our 10th Anniversary, and am currently stuck in D-FW airport (grrrrrrr) at 3AM. I was supposed to be home five hours ago. Don’t get me started…just please know that your podcast page was supposed to be up a long while ago. The Libsyn page should have loaded though, on Thursday, and the rss feed should have dumped the ‘cast onto iTunes. At least, that’s what I set it up to do… I’ll get the little GCast player up on this site ASAP.
Thank’s for your patience!
Book talk begins at 15:50. Listen to 27 audio.
Share